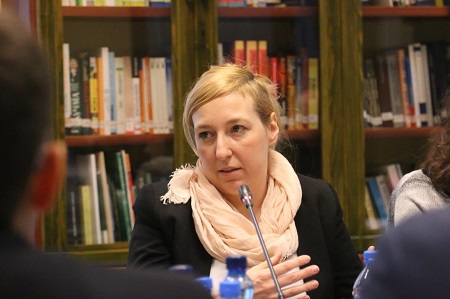 Berlin Process was launched in 2014 to revitalize dynamic of the enlargement policy – the EU’s main policy tool in the Western Balkans.

Over the last four years this process enhanced regional cooperation on various levels: political, civil societies, youth, scientific and business communities. It also created a positive dynamic in the region, with focus more on cooperation than on competition and introduced bilateral consultation as a solution of common problems. Connectivity Agenda – one of their highest priorities of the Berlin Process lead to more effective use of financial resources available for the region to enhance economic development and integrate region within and with the EU. These and many other issues were taken up within the process to make Balkans more stable and more prosperous.

The Berlin Process was also one of the factors that caused renewed attention to the Western Balkans. It was manifested not only by numerous high-level visit in the region but also European Commission announced strategy for a credible enlargement perspective for Western Balkans. The document was inspired by the proposals which have been developed as part of the Berlin process and a lot of them were incorporated into the official policy of the EU’s institution in the region. Finally, European Council organized first from 2003 an EU-Western Balkans Summit during Bulgaria’s EU Presidency in May 2018. Next three presidencies – those of Austria in 2018, and Romania and Croatia in 2019 also plan to keep Western Balkans high on the agenda. With a London Summit, the Berlin Process originally foreseen for four-year seem to be heading towards the end.

Despite of the new initiatives of the EU”s institution, rising awareness of the challenges in the region and the reduced effectiveness of the current policy in the region, it is clear that most EU countries are reluctant to rapidly adopt new members or support strong engagement in the region to motivate political elites there to implement reforms. Although Johannes Hahn, while presenting the Commission’s new strategy, stated that the European Union will either export stability to the Balkans, or will import the threats from the region some members oppose to offering tangible benefits that would motivate Balkans elites to implement reforms. Moreover, the weakness of the EU policy in the region is exploited by other international players, which provide alternatives to the EU membership. That’s why the continuation of the Berlin Process is needed. It could enhance cooperation of those member states which support enlargement policy. Flexibility of this process make it also useful to develop new mechanisms and initiatives which bring new dynamics into the reform process and deepen integration of the states in the region with the EU structures.

Poland has always been strong supporter of the “open door”. Further expansion of the EU is the subject of a broad consensus and is back by both the Polish political elite and society. According to the Polish officials without Western Balkans the EU is not complete or truly united. Firm stance on enlargement is also based on the belief that enlargement should be continued also due to security reason. Weak states in the immediate neighborhood of the EU pose a threat to the EU’s Member States thus they could not effectively combat the smuggling of human beings, weapons and drugs and lack of stable economic situation is strengthening migratory pressures in the region. They also could be easily exploit by the rivals of the EU. The combination of strict condition with tangible benefits is best solution to problems of the EU that arise from not stable neighborhood. Recalling once again the argument about the deepening versus the widening of the EU it is completely unjustified in current situation. When we take into account how the process of the accession last now it’s quite obvious that both processes can go in parallel.

The hosting of the Berlin Process in 2019 is an opportunity for Poland to enhance cooperation with the EU’s members to upgrade the enlargement process and to play a more active role in shaping the EU’s policy in the region. Poland wants to ensure continuity of the achievements of previous summits to strength positive impact of the Berlin Process in the Western Balkans region. Implementation of Connectivity Agenda not only by realization of infrastructure projects but also in implementing soft measures, what shorten the time of transport and improve energy security will be among Polish priorities for the Summit. Poland would also like to continue the projects initiated by Italy and the Great Britain, which are aimed at fighting against corruption. The Berlin Process is also good framework to address not only the emerging security challenges like disinformation, cyber security and hybrid threats, but also to enhance the cooperation in migration policy. The programs for young people, whose energy and activity can change the dynamics of reform process and accelerate economic development.

Poland went through the same difficult reform required by EU’s accession and have been sharing this experience with candidate countries through annual Skopje, Belgrade and Tirana Conferences – consultative forums aimed at sharing with the Polish experience with the public administration of the respective countries. Polish MFA since 2015 is organizing the Enlargement Academy for the public administration officials to show how state can benefit from EU membership and to prepare them for active engagement in negotiation process. share experiences of Polish-German reconciliation. Poland along with the partners from V4 organize annual Visegrad Group and the Western Balkans meeting which are committed to promoting a reliable EU membership prospect for the region. These experiences will facilitate preparation for the summit of Berlin Process in Poland.

There are many challenges outside and inside the EU that make further enlargement more difficult now. But with truly transformed Western Balkans in the EU it will be easier to address at least some of them. The Berlin Process, being complementary to more technical enlargement process, can create positive dynamic which will facilitate the achievement of the strategic goal of adopting the Balkans states to the EU.