Reclaiming Social Justice – or Was There Ever Any in the WB-6?

Reclaiming Social Justice – or Was There Ever Any in the WB-6? 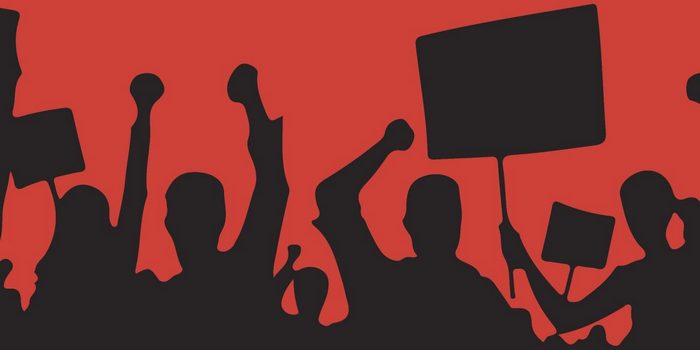 Regardless of whether the politicians or the voters lean towards the left, the center, or the right political options we often hear conversations and rhetoric that is centered on the term Social Justice. Most, if not all, politicians believe that talking about social justice would make them “closer” either to their electoral base or to the undecided voters since social justice is what everyone wants to hear, right? Talking about equal opportunities, fair distribution of wealth, public health for all, and improved labor rights is almost a guarantee for having the right ingredients of the chemical formula for an increase of the politicians’ public appeal.

It is also quite possible that everyone’s definition of what this term really entails is both very much the same and, in the same time, vastly different from the ones of the opposing political options. We have heard politicians from all options arguing about fair distribution of wealth, and while they frequently use phrases such as “strengthening the middle class” or “decreasing the income gap” in their election campaigns, we see much different policies put in place once they are actually IN position to make legislative changes. All of a sudden, the very same politicians start appeasing the big business’ needs, even going to great lengths of explaining that that would be the exact changes needed for the working people. Some politicians campaign as if there are no equal opportunities in the countries where they live, yet once elected, they hardly take the time to introduce any measures that would increase the equality among their constituents that probably, voted them in largely on the promise that those exact politicians would make their society a much fairer one.

Historically we can trace the initial discussions on social justice with the Ancient Greek philosophers such as Plato, Aristotle, and Socrates – and even though first “hints” could be seen even in the cavemen communities in the forms of their tribal life, it was these philosophers that “formalized” the terms such as social contract and distributive justice. Over the centuries, the philosophy of social justice has morphed with the influences of minds such as Thomas Paine, John Stuart Mill, John Dewey, Roscoe Pound, and others.

Today, we can generally agree that political ideologies do affect the direction of how the political powers define their social justice, and in the same time, we realize how “confused” these ideologies often are when determining which values to “push” at certain times. Lately, there are politicians from the left arguing that austerity measures are needed in order to overcome certain periods of crisis – as was the case with the Financial Crisis of 2008-09. Then, we see politicians from the right calling for more government intervention even though their political philosophy is guided towards less government involvement. Is this so because their ideology is changing? Is this so because times are changing? Or is it because of that one word, populism that is most frequently used by politicians when describing their opponents’ rhetoric, while for themselves they use the phrase mentioned above, public appeal?

In the WB-6 (or, the six countries in the Western Balkan that are currently not part of the European Union) we have an abundance of paradoxical defining of the term social justice (or any if not all terms, for that matter) by the politicians. It needs to be noted that the direction of the defining definitely depends whether the politicians are in power (constituting the actual government) or they are in opposition. The then-opposition in Albania (2013), Macedonia (2006), and Serbia (2012) was constantly heard speaking out against the social injustice that had enveloped their respective countries in the years of their opponents’ governing, and therefore laid out plans for “finally” bringing social justice in their societies. Detailed plans were shared publicly on how they planned to do so. If we fast-forward 4-years in Albania and Serbia, and 10-years in Macedonia (the number of years the then-opposition party are in power) is there an evidence that things have changed? If we compare the poverty indexes or the level of the salaries, can we notice an improvement since the times these political options won their parliamentary elections based on their platforms of the much needed changes?

While statistics do show that unemployment in Albania, Serbia, and Macedonia have decreased for the above-mentioned periods of time, it has to be noted that experts had alarmed the public in their respective countries that since employment levels have gone up insignificantly (or in some cases, they have remained unchanged or decreased), the actual drop in unemployment levels could be caused by administrative manipulation. In Macedonia’s case, the average monthly salary in the stated period compared to the one pre-2006, has increased by almost 35% – a significant increase that could make one believe that Macedonia’s government has done tremendous legislative and economic reforms. Once we note that the net-salaries have remained the same while there was a new form of calculation of the gross-salary that contributed to the stark spike in the statistical data outputs, then we can see the appearance of the word populism once again.

According to a youth study done by the Friedrich-Ebert-Stiftung’s Regional Office, more and more of the young people in the countries mentioned above (as well as in the other WB-6 countries) would like to leave their native countries and look for opportunities elsewhere. Considering the fact that free movement is one of the fundamental principles of the European Union, the notion that the WB-6 youths would like to move away is not that concerning. What is troublesome is the fact that, in general, the reason why these young people would like to leave is the lack of opportunities, lack of equality, and the absence of accountability. It is one thing if the WB-6 countries were on same or similar footing as some, if not all, countries in the European Union and then the youth wanted to move in order to explore additional possibilities with a changed scenery – in this case, they would like to leave in order to survive. And survive is the key word if we know the fact that six (6) of the Top 10 most polluted cities in Europe (and beyond) come from this region.

We could agree that survive may be a bit too strong of a word used to describe the current situation in the WB-6 countries regarding social and labor issues. We could also agree that things have changed in a positive direction in some areas of their societies. In the same time, with significant increase of the number of families living in poverty, with continuous limitations of certain universally guaranteed rights (such as the right for clean air), and with constant attacks om the rule of law in every sense, one has to argue that social justice, in its purest form, had never been truly enforced and nurtured in the post-socialist period in the WB-6 countries. And now, there is a need for finally putting it on the top of everyone’s agenda – as we had seen it in most of the social movements in the region.

Who will be the ones making it a true priority? Will it be the parties on the left? Will it be the activists that are constantly roaming the “streets”? Or a combination of both? We could soon find out.