Rethinking the Fight Against Corruption in the Western Balkans

Rethinking the Fight Against Corruption in the Western Balkans 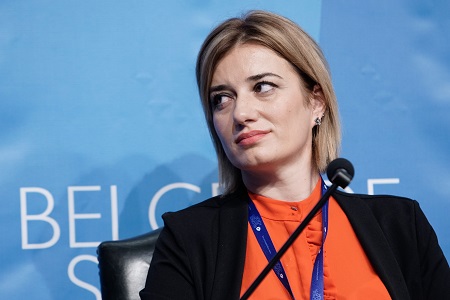 Notwithstanding the marked progress in increasing transparency, improving procedures and implementing a number of reforms, these efforts have a limited impact on democracy in the Western Balkans, and in particular on the (fight against) corruption which is still widespread and persistent. The Western Balkans citizens also perceive corruption as the third most significant problem right after unemployment and the overall economic situation and, at the same time, 70% of them do not believe in the effectiveness of their own governments’ efforts to curb corruption. The EU position corresponds with such ratings, assessing activities concerning fight against corruption within fulfilling the membership criteria as “in early stage/some level of preparations”. The WB also received a “confirmation” of their captivity at the beginning of 2018 in the European Commission’s official document.

There are at least three causes for weak attempts at combatting corruption in the Western Balkans:

While all countries are strengthening and reforming institutions, these changes are decorative, not necessarily reflected in improving their work and efficiency. Institutions are often built on a conflict of interest, alongside with positioning party and loyal cadres in managerial positions. Accountability for frequent violations of the law is non-existent. As a result, citizens, for example, do not believe in the independence of the judiciary, almost 60% have no or little confidence in the work of prosecutors and courts, over 80% believe that this sector is one of the most corrupted.

Citizens recognize corruption as one of the burning issues, but almost 50% have given bribe for the health services in the past year, and a high number has given money for services in other areas/sectors. Therefore, despite the widespread awareness that corruption is harmful and present at all levels and in all spheres and as such a serious obstacle to the democratization of societies, citizens still believe that it is the easiest and justified way to exercise their own rights.

Corruption and clientelism are a direct source of the Balkan autocrats’ power. At the same time, even the EU policy of keeping the Western Balkans at a “decent distance” is not too motivating.

Although the EU offers a framework and guidelines for combating corruption, it is insufficient and has given limited results so far. There are several reasons for this but the most important one is that the EU still has no adequate instruments to tackle certain key issues that are at the root of democratic problems in the region. Recognising the limitations of its approach so far, the European Commission has introduced flagship initiatives but these still need to be developed in practice. It depends largely on them whether the WB reform efforts will be pushed, more carefully monitored and more precisely targeted. Thus, these instruments should take into account the need for prioritization of reforms with a clear link between concrete annual priorities and a precise assessment of their fulfilment.

Yet, some obligations for the Western Balkan countries were formulated at the Trieste summit, but without proper follow up activities. Similarly, the Western Balkan governments, with the exception of Serbia, prepared statements for the London summit, on the activities to be carried out to tackle corruption on the basis of the European Commission’s country reports, GRECO and the recommendations of the British government, but these statements are only a duplication of already established obligations. The fight against corruption, as we have seen, is complex and does not imply merely the adoption of laws, but the complete transformation of institutions and society. As it calls for efforts at all levels, this topic should be addressed at the summit within the Berlin process in Poznan next year (being a high level political event, it should also be used as an important commitment and monitoring mechanism, but with clear and mandatory tasks for the WB states), and in addition be a more frequent topic at the meetings of regional officials.