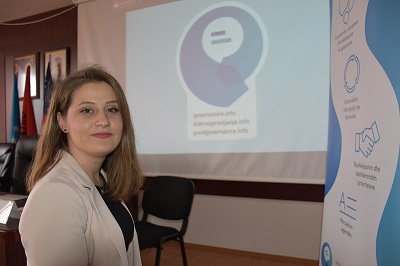 One of the main goals of the so-called ‘Berlin Process’ was to intensify the regional cooperation and increase prosperity of the Western Balkans via sustainable economic growth. In point of fact, since its inception in 2015, the intergovernmental initiative has offered a tangible and vital opportunity to the Western Balkan countries to utilize their economic potential through increased regional cooperation. However, five years down the line, the Western Balkans remains stranded in a complex regional trade environment with lofty commitments took on by the countries’ leaders which, for the most part, have remained only on paper. Rather predictably, Western Balkan policy-makers yet fail to recognize the fact that regional economic connectedness is critical for economic growth and trade, reinforced competitiveness and job creation. More importantly, in the long run, economic connectedness could become a driving force forachieving political reconciliation in the region.

Economic growth, creation of new jobs, digitalization, and easier mobility, contribute to the general welfare of the society. However, the economic challenges in the region portray a reality far from a desirable one. The Western Balkans, with an economic growth rate reaching 3.8% in 2018, and a projection of 3.7% for 2019–2020, has a faster growth rate in comparison with that of the European Union. However, this has not been reflected when it comes to job creation; job creation in Western Balkan countries has halved, from around 171,000 jobs created in 2017 to 96,000 in 2018. Therefore, unemployment rates ought to be taken with a grain of salt considering that their decrease can be attributed to higher emigration and lower activity rates.

While foreign direct investment has been vital for transforming and establishing export-oriented industries, the rate of high-growth firms in the region is considered low (1 in 33 exist in North Macedonia, 1 in 20 in Serbia, and 1 in 17 in Albania) compared with EU countries.. Regulatory barriers are the main reason behind this negative trend. Coupled with human capital challenges, such as the mismatch between labour skills and market demand, the Western Balkan countries display more similarities than differences.

The Western Balkan countries have the opportunity to tackle several issues, most importantly the lack of economic growth, through one important step – digital transformation. To a varying degree, WB states are severely lagging behind the EU countries in the field of digitalization. The infrastructure for the digital economy is one of the Western Balkan countries’ deficiencies, whilst individual usage of digital technology is considered a positive aspect. Some of the most notable impediments hindering digital infrastructure development include inadequate legal frameworks, long license durations for 4G, building permits, permits for optical cable laying, and the lack of digital payment systems. All these issues, combined with low levels of connectivity, fragmented telecommunications infrastructure, and lacking investments due to political uncertainty and instability, make it difficult for the Western Balkan countries to catch up.

Youth unemployment rates in the Western Balkan countries are among the highest in the world – the 2018 average was at 35%, which is twice as high as the EU average. The data varies, from 24% of youth unemployment in Montenegro to 55% in Kosovo. Women’s participation rate in the labour market in all Western Balkan countries stands below 50%. Kosovo, where only 18% of women are active in the labour market, is at the bottom of the list. . In general, the region lacks labour market measures that directly target inactive women, particularly those from rural areas.

Finally, the Connectivity Agenda – the lynchpin of the economic cooperation of the Western Balkans – has yet to bring the achieved goals into life. The connectivity agenda’s objective is deemed highly incompatible when compared to the actual implementation: whilst there are around ten projects actively undertaken by the Western Balkan countries , only a handful have been meeting the estimated timelines, mostly due to a lack of administrative capacities, complexities in technical preparations, spatial planning issues, permits, and, in some cases, also due to lacking political will which, in turn, comes as a result of unresolved bilateral disputes.

Youth and women unemployment, combined with a high migration rate of skilled individuals, a digital economy that has potential but is lagging in infrastructure, the connectivity agenda and foreign direct investments which could boost the region’s economy– these are just some of the numerous fields in which greater cooperation among the Western Balkan countries could ensure the region’s prosperity. Addressing these issues with comprehensive strategies, action plans, and monitoring mechanisms, is the first step towards securing a more promising economic integration in the Western Balkans.

Tackling the aforementioned problems without a regional approach would not suffice – namely, solving these issues, especially in the connectivity realm, depends on a regional approach. Furthermore, given that Western Balkan countries share more commonalities than they have differences, tackling common problems without a regional approach would be a waste of time Regional cooperation is not just a mere prerequisite but a win-win situation for all Western Balkans countries, as it would allow for utilizing their common potentials. Advancing their progress on the connectivity agenda, addressing key issues in youth employability and women’s inactivity in the labour market, and rebranding the region as a single market to attract investment, would make the Western Balkans not just a potential partner for the European Union but rather an integral part of it. The decision on the way forward and responsibility on the consequences remain within the countries.

This op-ed uses data from the author’s policy paper presented in the Poznan Summit.