Open your wings and fly

Open your wings and fly 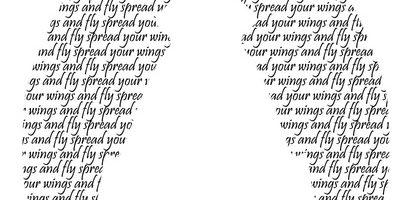 We think change but are inactive. We desire change but just contemplate. We dream of change but complain most of the time.

Complaining in itself is not bad if it is a way to initiative a process of change. We need to have a right diagnosis in order to know where a problem lies. We also need to know a therapy to address the cause of a problem. Afterwards comes action. Yet, very often, this step is often missing. Why? Because in the implementation lies all the real challenge. Once we try to put our words into deeds, we encounter obstacles, face hardships, fear defeats. Initiating political change is often countered with observations along the following lines:

However, the ultimate question is not what is out there, but what is in us. “Life is bristling with thorns, and I know no other remedy than to cultivate one’s garden”, Voltaire wrote. The question is how much we trust ourselves to be able, and willing, and persistent, and courageous, are determined to make a change. How deeply we care and how seriously we are willing to invest ourselves in the effort. The key to the answer lies in us, not the perceived strength of the other. There are obvious limitations, but they are only a starting point. The shortcomings can be remedied and compensated if there is a burning desire to succeed, to make a dream turn into reality.

Frustration is welcome only if it leads to a constructive, meaningful action. If it satisfies itself in whining and appeals to others to make a change for us, there will be no change or, if there is one initiated from outside, it won’t meet our needs. It is primarily up to us to make a change that would satisfy US. There is only one precondition for this – to know who we are. From this everything else comes – what we want, how we will achieve it, with whom…

To think about a political change in certain parts of the Southeastern Europe, but for that matter, anywhere else, let’s take a look at the above observations with some more detail.

However, this needs to be looked from different perspectives. Providing all of this is true, it is only a beginning, not an end. This may be a current situation, but doesn’t need be a permanent one. A pendulum swings and, certainly, there will be change. We could just relax and wait. This, however, is a lazy way. Our motivation needs to be to influence a change to see a desired outcome, not just wait for any outcome.

If corrupt political elites control most of the public assets and space, a usual form of political activism that try to gain support of voters will probably not attain much – creation of a new party, publishing  a new party programme, organizing local party committees, calling for rallies… People are suspicious – who are the new ones? Who is behind them? Why should we trust them? They would be probably the same as the ones we have once they get into power…

These are legitimate concerns. A new political would-be force need to answer the question – what is it we stand for? What is it that we want to achieve? And they need to design an approach to their potential supporters through non-standard ways. Since those in power control most of national media, the effort has to be to reach local media. If politicians speak about ‘big’ issues, the alternative has to focus on ‘small’, on issues that have a direct impact on citizens’ lives. This is not because the approach of the political alternative is to just counter the other, to explain wrongs they are doing. No, this is because the focus has to be to on what a political alternative can offer for a better society.

For a while, just let go of following in details what elected leaderships are doing. Let them do whatever they want. In the meantime, just be focused on what one wants to achieve. Go to towns and villages, meet people, talk to them. Let them know you. A door-to-door political campaign, a guerrilla political strategy, a focus on the local. This is where one builds constituency to connect dots to rise as a national force.

Thus, once again the energy should not be spent on following what a current leadership is doing. Instead, the focus should be on what one is offering as an (radical) alternative vision.

However, this diagnosis needs additional details. First, people may chose not to vote not because they don’t care about politics, but because they care a lot. They have nobody to vote for and decide rather to stay at home on an election day.

At the same time, many of those who support current party oligarchies, will continue to do so as long as they are receiving the benefits in its various forms (employment, preferential treatments and so on). The moment this ceases to be the case, counting on the effect of strengthening the rule of law, there is no longer a voting commitment on a part of these voters and they may turn elsewhere. To be sure, there are voters who would vote for certain political options no matter what. But many are there only because they receive certain benefits. The moment the benefits are gone, their loyalty is also withdrawn. They may choose to switch preferences if they believe an alternative has a potential. Therefore, some will switch preferences via this utilitarian approach. Even better, some may take a risk and offer support out of a sense of trust. To trust, people need to get to know a would-be political alternative. Therefore, one needs to go into towns and villages, get into field and meet people.

This has to differentiate between those who want to go into politics and those who simply want to live their lives, but in a different society. Again, the only way to disperse a dilemma is to be in the field, on the ground, to meet people, to get to know likeminded, to share ideas, to encourage ambition, to build links.

The key question is always how far one is willing to go and invest herself or himself in the effort. Who is willing to roll up their sleeves and do something?

In a movie scene queen Elisabeth I is facing an enemy fleet approaching the shores of England. She seeks advice from her counsellor John Dee, a mathematician, astrologer, astronomer, philosopher. “Dr Dee, please tell me that England will not fail”, pleads a fearful queen.

He replies along the following lines: “Her Majesty would like me to say what she wants to hear. I cannot do that. But I can say the following: when strong winds start to blow, some birds leave, some hide, but some open their wings and fly.

The queen replied: “You are a wise man Dr Dee”.

“And you are an extraordinary woman Your Majesty”.

We live in a crisis, strong winds are blowing. Instead of leaving or hiding, let us be extraordinary. Let us open our wings and fly.