Tarka: It is important to listen to the civil society 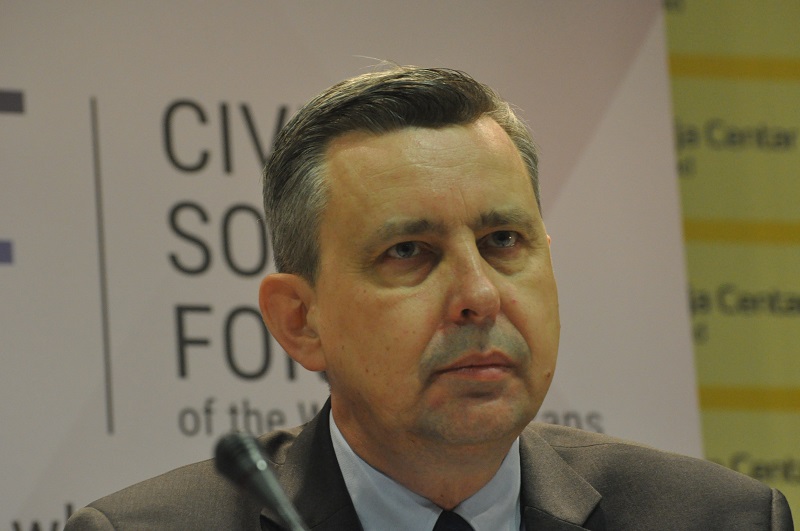 Wieslaw Tarka, the coordinator of the Poznan Summit, announced that the Civil Society Forum will take place in Poznan on 4 July. He emphasized the importance of listening to the civil society:” We think that it is really important to use the knowledge and expertise of those who have been involved in the Process so far. Civil society is one of the four priorities of the Poznan Summit programme.” Tarka also announced that for the first time in the Berlin Process, a think tank forum will be organised. He pointed out that think tanks can bring an added value to the Process by focusing on the topics of the Summit. 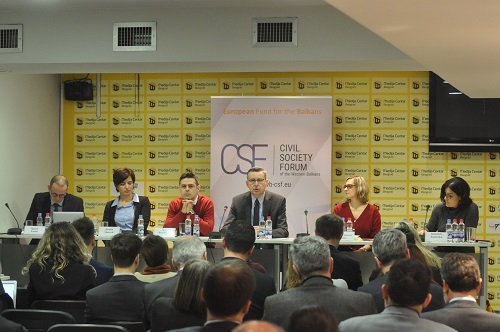 The significance of the civil society engagement in the Berlin Process was also highlighted by Igor Bandović, Senior Programme Manager of the European Fund for the Balkans (EFB) which coordinates the Civil Society Forum of the Western Balkans (CSF WB). “The EFB has been involved in the Civil Society Forum and the Berlin Process since Vienna Summit 2015. We gave our contribution through the formulation of the Declaration on Regional Cooperation and the Solution of Bilateral Disputes which was signed by the ministers of foreign affairs”, Bandović said. He underlined that since then, the CSF WB succeeded to become an integral part of the Summits and an equal partner with the other participants.

Ana Marjanović Rudan, Coordinator of the CSF WB, said that the Berlin Process has become an important informal institution of regional political cooperation:”The Summits are an opportunity for the leaders to meet, think and discuss the problems shared by the entire region”. Marjanović Rudan added that, in order for the Berlin Process to become more effective and efficient, regional responsibility should be increased, leaders of the WB6 need to demonstrate political entrepreneurship and courage to tackle politically sensitive subjects, monitoring mechanism should be introduced and the communication of the Process in the public should be improved. She announced that the CSF WB will publish a series of policy briefs regarding the topics of the Poznan Summit in close cooperation with the think tanks from the Visegrad Group and from the EU countries involved in the Berlin Process.

The so far outcomes of the Berlin Process were analysed and presented by the experts from the Western Balkan think tanks: Simonida Kacarska (European Political Institute, Macedonia), Jovana Marovic (Politikon Network, Montenegro) and Shpend Emini (Democracy for Development, Kosovo). Western Balkans media and civil society representatives, public officials, representatives of governments involved in the Berlin Process also participated in the discussion and shared their views on various issues concerning the Process.

The Civil Society Forum of the Western Balkans roundtable “Looking forward to Poznan Summit” was hosted by the European Fund for the Balkans and the portal European Western Balkans.