Why the rule of law should be placed at the heart of the (improved) Berlin process?

Why the rule of law should be placed at the heart of the (improved) Berlin process? 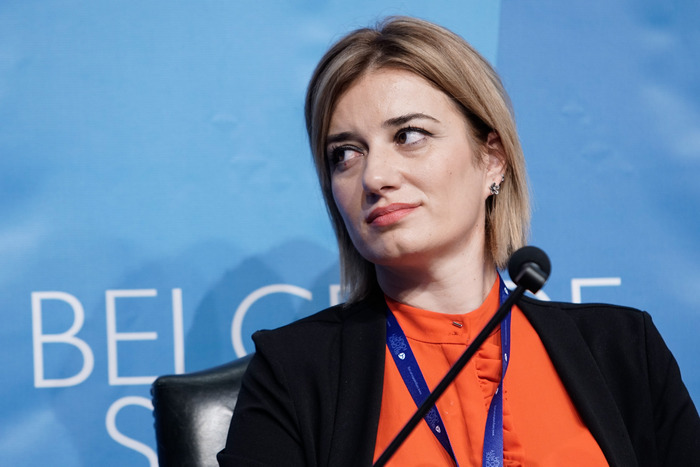 Apart from recognizing the Western Balkans countries as captured in the WB strategy earlier this month, the EU set out a tough homework for both sides. On one side, the WB6 have to take more seriously the demanding reforms of “un-trapping” institutions, fighting organized crime and corruption at all levels and guaranteeing the rights that have remained stuck in the simulation of reforms so far. On the other hand, the EU, in its attempt to further support these reforms, is yet to test and develop the set of new instruments foreseen by the strategy. In such context, the Berlin Process looks as a clear, complementary and already developed mechanism. Despite having many weaknesses, it offers various channels for consolidating the Western Balkan countries in their efforts to join the EU.

The Berlin Process was initiated in 2014 as a response to the enlargement fatigue in the EU member states and it was supposed to offer pragmatic approach to a number of challenges. Four years later, we have successfully solved the mystery whether this process is a substitute for the enlargement process. It is not. The enlargement process is now more vibrant than ever, while the Berlin process needs to have a future and to further contribute to the WB integration. Why? Summits within the Berlin Process are important occasions for meetings at the high level where the regional leaders should be further pledged to fulfill specific tasks. For many of the burning issues, regional cooperation helps and contributes to their resolution and overcoming, while the Berlin process has boosted this cooperation in a relatively short period of time.

Though the Berlin process has to be improved in terms of visibility, effectiveness and efficiency, the rule of law should be at its center taking into account the current dynamics in the process and for at least two reasons:

First things first: Instead of pushing the rule of law underneath the carpet, this topic has to be central within the Berlin process, alongside with the economic cooperation and addressing bilateral disputes. In this sense, the prioritization of topics is more than necessary. The logic that economic growth will lead to the strengthening of rule of law has so far proved unsuccessful, thus a change in approach is required, with the obligation to take into consideration suggestions coming from all who can contribute to the process. Having in mind that the Berlin process “is not a substitute, not a competitor, but on the contrary a facilitator of our common work” it should address in the first place the reforms that are preconditions for all other.

Benefits from the “EU-Governments-Civil Society” format: As suggested at the Civil Society Forum in Tirana, governments and the EU can and should get support from the WB’s NGOs in tracking the specific corruption cases at the regional level but also in developing a template for reporting upon which the governments should report to the summits. In this way, joint efforts to strengthen the rule of law will become more visible and easier to follow. It should be once again emphasized that governments from the region, business sector, civil society, regional and international organizations, the EU and its member states need to work together on this. The Berlin Process is an important format that has developed this cooperation and provides a specific framework for initiating and addressing many difficult issues.