Ray of Light for the Western Balkans

Ray of Light for the Western Balkans 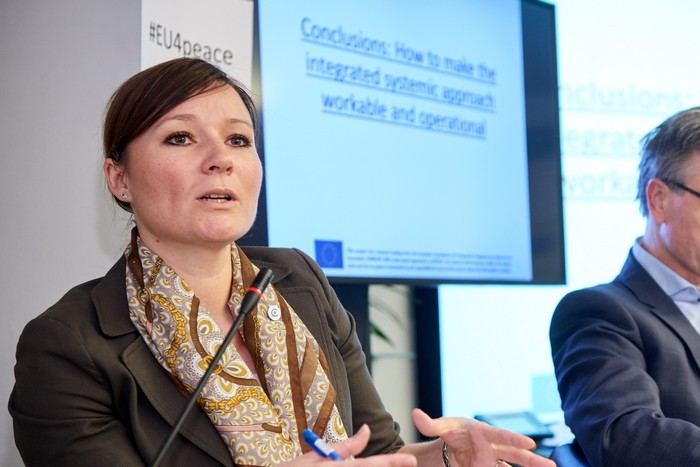 At the abundance of the Western Balkans conferences in the recent decade, it became ‘business as usual’ for politicians from the region to signal their lethargy with the European Union. The annual Western Balkans panel at the Bled Strategic Forum conference was recently titled ‘Is Pretending the Name of the Game?’ to describe the obvious EU’s disinterest with the region. Some Western Balkans leaders would at those panels modestly ask the EU for ‘something’…  ‘Anything, some signal that enlargement is possible in the foreseeable future’.  Serbian Minister of Foreign Affairs Dačić could be quite cynical, like at the last year’s Belgrade Security Forum, stating that Serbia had been negotiating with the EU since he is aware of himself and sincerely hopes that he will live up to the moment that the country also enters the EU at some point.

If the EU and the region have been caught in a limbo for a decade in which the EU demanded to see improvement in the region whereas the region anticipated a clear sign that EU’s expansion is possible, that sign finally came. The EU finally did its homework. After years of the situation deteriorating in the Balkans, with many social parameters declining, the EU has finally woken up, signalling new drive to include the Western Balkans on the map again with the new European Commission’s Strategy for the Western Balkans launched on 6 February. The Strategy indicates the year of 2025 as a possible year for the frontrunners, Serbia and Montenegro to join the EU. It is now the Western Balkan’s homework to start delivering. Realistically, ten years from now seems a more realistic date. But more importantly, there is now a light at the end of the tunnel.

Berlin process was one of the many factors that contributed to the recent events. Slovenia as a friend of enlargement can be particularly pleased that the Brdo-Brijuni process, initiated by Slovenia and Croatia in 2010 started that wave, boosted in 2014 with the Berlin process. Slovenia was also the initiator of the Positive agenda for the Youth of the Western Balkans at the Brdo Summit in 2015 as a platform of activities for the future leaders of the region.

In the overall complexity of the processes, events and initiatives dealing with the region and also happening in the EU and the world in the last years, it is difficult to easily assess which factors contributed to the new dynamics. It certainly proves that events organised by the civil society simultaneously and in-between the Berlin Process summits led to the renewed interest by the EU towards the region. It also gives hope to the disillusionment that started to prevail and can give the researchers and civil society actors some satisfaction that all the energy was not put in vain and they should now, more than ever, add to the new vitality and keep up with their work.

It is good that Berlin process did not introduce any new operating structures, though time between meetings was not used well to assess the implementation of agreed points. It seems like the civil society and think tanks aimed to fill that void with their policy briefs and also suggesting new topics to be put on the agenda of the Berlin Process. They deserve compliments for their work of promoting certain topics on the domestic political agendas in the Western Balkans as well as in the EU member states, also attracting the civil society organisations from the EU countries, which are not part of the Berlin process but joined the movement anyway and produced policy documents supporting the enlargement agenda back in their member states.

The new EU Strategy therefore came in the last moments before being too late.  The region witnessed numerous small scale events, which contributed to the deteriorating of the security situation, especially between Serbia and Kosovo as well as in Macedonia, all of them proving that  leaving the Western Balkans without clear signals by the EU adds to the serious risks of even further democratic decline in the region.

The Strategy should now shine bright like a diamond in the state administrations of the Western Balkans six in order to turn over the dynamics of the reform processes. In that sense, it remains vital, the Berlin process is continued with a new arrangement to keep these activities active further and enable exchange and regular meetings as well as involvement of the civil society in adding to the assessment of achievements and sustain EU’s reengagement in the Balkans and not leaving it on its own to deal with reforms in an isolated manner. The continuation of the Berlin process will also assure an additional and much needed element of pressure.