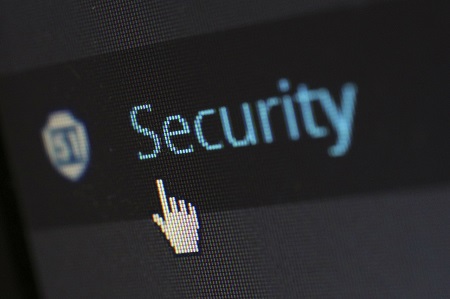 Increased migratory flows, contemporary forms of serious and organised crime, and threats of violent extremism and terrorism have brought the Western Balkans back on the EU agenda, and the region’s security is reinstated by the new EU enlargement strategy as the conditio sine qua non. From now until 2025, the security challenges faced by regional law enforcement authorities in the Western Balkans will only be exacerbated by the costly and increasingly complex investments in reaching the technical preconditions and standards demanded by the EU. The UK Chairmanship was absolutely right for leading the way toward a possible more substantial engagement of the Berlin Process in this crucial area of policy. The vast room for improvement offers many possible ways of action. However, any tangible results down the road can only be delivered through full consideration of the rich body of lessons offered by the experience available. The unique Western Balkan security community revolves around several crucial influencing factors, which may determine the potential of the Berlin Process as a new security actor, which should address the uneven and patchy progress with efficient and correctly embedded action. This op-ed is based on a policy brief, prepared as part of the SEE Think Net Network, supported by the European Fund for the Balkans and coordinated by the Institute for Democracy Societas Civilis from Skopje. It provides recommendations on how the Berlin Process could engage and achieve efficient action by itself, but also on part of the myriad of actors already engaged in regional security cooperation and reform.

Western Balkans is considered to be a region slowly recovering from the conflicts of the 1990s and the fact that approximately 1000 foreign fighters from the region have been recruited to join different fractions in Syria and Iraq from 2012 to 2017 casts a shadow over regional stability. More than 300 are supposed to return, some 200 have been killed and up to 400 remain in Syria and in Iraq. The most vulnerable demographic group of the recruiters remains local youth. While a massive influx of returning foreign fighters is unlikely to occur, extremist ideologies and propaganda, however, have become a shared source of insecurity to the European society as a whole. This is only exacerbated by the perennial factors of little opportunity, weak economy, serious and organised crime as well as corruption persisting in the Western Balkans.

The Berlin Process embedded topics of migration, counter-terrorism and anti-corruption in the scope of its agenda only in 2016, without any follow-up at policy level so far. Further in 2017, the Trieste Summit strongly emphasised counter-terrorism (CT) and preventing and countering violent extremism (P-CVE), the shared challenges of Irregular Migration, but also the need to see efficient action in the Western Balkans on part of the EU and other actors. Leading up to the London Summit, which will convene interior ministers for the very first time, a needs assessment was conducted between mid-2017–May 2018. The principle of ensuring regional ownership in the process took precedence, as well as prevention of any duplication with the work of existing initiatives of regional cooperation and reform. The Berlin Process Security Commitments Steering Group is to be established to ensure a better monitoring of commitments made within the Berlin Process and fill the gap of previously lacking continuity. A regional joint declaration in the area of information exchange to be signed by the ministers of interior to deliver top-level commitment to further enhance the sharing of information between the authorities, since the information exchange remains a prevailing challenge to Western Balkan security services. EU information exchange is far from perfect as well and improving information exchange is in the interest of the UK organisers, EU as well as the WB6. UK will therefore use the Summit as a political moment to obtain further backing for follow-up action. The London Summit does not explicitly turn to CT and P-CVE, but we expect the Berlin Process’ future commitments and policy involvement to expand to this policy area as well. We highlight how it is this very policy field that has recently seen an overwhelming number of external assistance actions but has resulted in uneven progress due to several factors. Among others, it is the law enforcement sector serving as the actuator of national policy reform, which requires a multi-stakeholder, whole-of-society approach (as advocated by the EU), while the awareness of other sectors, like health, education, social affairs on their own roles is lacking. We also demonstrate the typical obstacles to efficient engagement in regional security cooperation and reform, incl. lack of coordination, policy alignment, lack of consideration for limited absorption capacities of the target authorities, even lacking in-depth overview or to some extent irrelevant knowledge on part of donors.

Another factor adding to the uniqueness of the Western Balkan internal security policy is the launch of the process of Integrative Internal Security Governance (IISG) by regional interior ministers in 2017, tasked to streamline and coordinate the external assistance (incl. on P-CVE) and direct them toward a unified set of priorities and policy solutions. It is co-owned by all international, regional and 3rd state actors engaging in internal security cooperation and reform, and the EU formally recognises and supports the process. The Trieste Summit has acknowledged the IISG, but the London Summit does not explore how this instrument could be put to concrete use.

We believe that the Berlin Process could bring high added value to regional progress in the area of security, also by bringing the persisting obstacles to further reform and cooperation to the attention of the prime ministers. This is a level of cooperation that has so far been missing in the regional security ‘architecture’. The Berlin Process could provide a new boost to EU-WB security engagement and add to the visibility to the vast EU efforts on the ground.