Do We Still Need the Berlin Process?

Do We Still Need the Berlin Process? 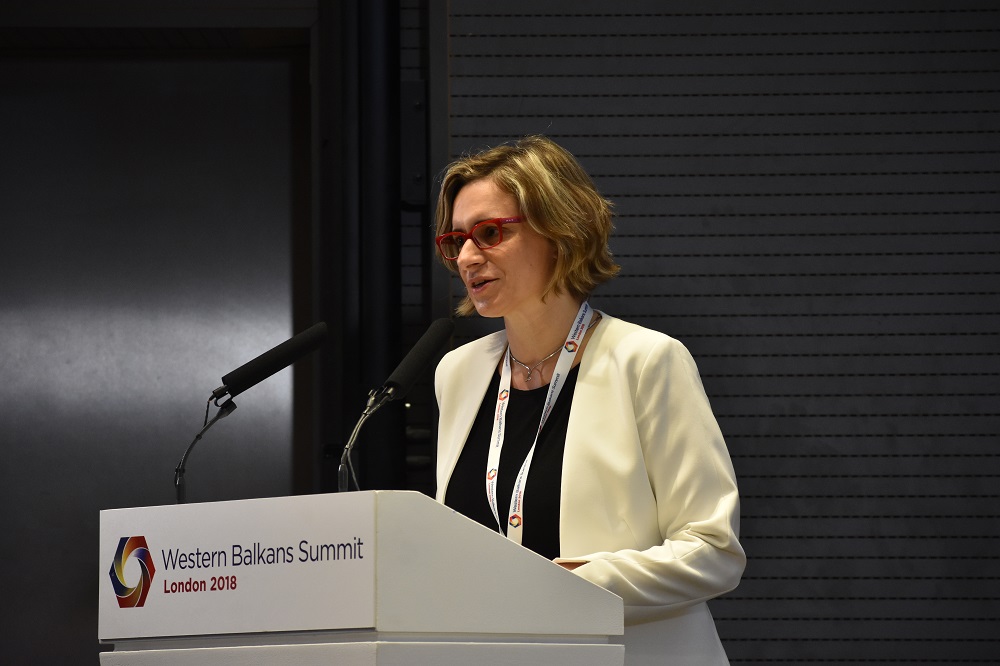 Started as Chancellor Merkel’s initiative, after putting the enlargement of the European Union on hold, the Berlin process, was supposed to keep the European perspective of the Western Balkans and to provide the Union’s incentives for reforms in the region. The process was designed as a four-year series of meetings of prime ministers, ministers, civil society, and business communities of the Western Balkans. Seeking to improve the cooperation of the countries in the region and bring it closer to the European Union, “additional real progress” (in relation to the already existing EU mechanisms) has been set as a goal within the framework of the Process in the field of economic cooperation, sustainable growth, bilateral relations and regional reconciliation.

Taking stock of the process after four years shows the connectivity agenda has contributed to economic co-operation and growth sustainability, and in terms of mid-term projects of infrastructure construction and economic space connectivity, we are yet to see their actual impact in the next five to ten years. There has been some success in resolving bilateral issues – two interstate agreements were signed following the adoption of the Declaration on Bilateral Issues (at the initiative of the Civil Society Forum of the Western Balkans). The biggest success has been the historic agreement between Macedonia and Greece, whose name dispute, along with the dispute between Belgrade and Pristina, is stated in the final declaration of the Berlin conference in 2014 as one of the key bilateral issues. The least progress has been made in terms of regional reconciliation. With adequate strategic planning, the Regional Youth Cooperation Office (as an output of the Berlin Process) can contribute to reconciliation in the future. However, the issue of the past and the lack of established facts as a prerequisite for successful reconciliation is merely open, through the declarative support for the establishment of RECOM (a regional, intergovernmental commission for determining facts about victims).

Nevertheless, the end of the Berlin Process is not in sight. On the contrary, the circle of EU member states that want to get involved is expanding. Thus, the host in 2019 will be Poland, followed by Greece. On the one hand, this is encouraging, as the focus on the common and key problems of the Western Balkan countries is kept for longer, and the number of allies for their resolution is increasing. On the other hand, the overlap of the new European Commission strategy for our region with the Berlin Process goals begs the question of its redundancy.

Bearing in mind the “soft power” of the Berlin Process has given a boost to the cooperation of the leaders, civil society, and business communities of the Western Balkans, its continuation is a reasonable solution. However, to continue to be useful, it needs to adapt to new circumstances. First, in cooperation with the European Commission, it should find a way to assist in the realization of the six flagship initiatives of the EC Strategy for the region. Furthermore, the initiatives that this strategy did not anticipate should be initiated through the Berlin Process, and thirdly, and perhaps most importantly, the countries of the Western Balkans must gradually take ownership of this process, that is, the initiative and responsibility for co-operation within the region and for its Europeanization.

The flexible structure of the Berlin Process contributes to its success, and should be retained, but in the continuation of the process, its transparency and monitoring of results should be improved, and responsibility distribution made clearer. At the beginning of the new stage of the Berlin Process, at present, the objectives should be revised and supplemented by “additional progress” in the rule of law, and the set of topics of annual summits should definitely be expanded to include the role of the region in the EU security and addressing the migration issues and environmental protection.

It is now up to the leaders, but civil society too, to initiate the necessary improvements to the Berlin Process and to take full responsibility for mutual cooperation, with the support of the EU and its members.

Ana Marjanović Rudan, Advisor to the European Fund for the Balkans and coordinator of the Civil Society Forum of the Western Balkans