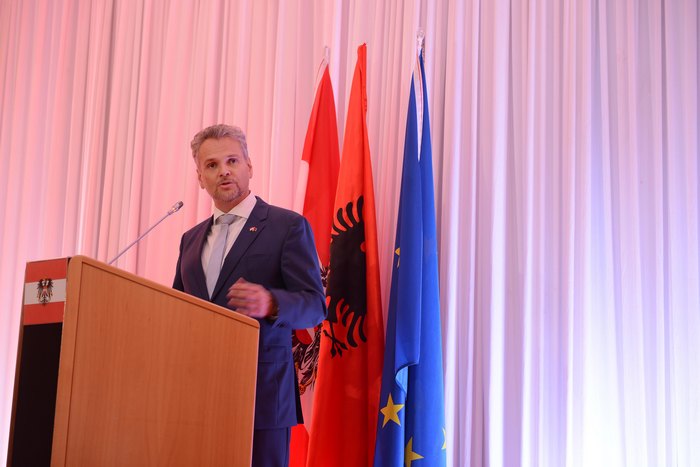 The originally foreseen four-year cycle of the Berlin Process draws to a close with the upcoming London Summit 2018. The focus of those who want to see the Western Balkans region make genuine progress on its European path – and as such the Berlin Process should be seen: as giving a hand to the region to reform and help with the EU accession process – should be now on a sober analysis of what was achieved and how to build on it.

Results – more than hoped for but less than needed

Over the last three years we have seen progress on all three main ingredients of the Berlin Process: on hard connectivity (infrastructure), soft connectivity (P2P contacts, citizens’ involvement) and enhanced regional cooperation. Roads, bridges, railway lines and energy interconnectors are not only symbolically important, but they are drivers of economic growth and give hope and confidence to economically depressed regions. As such the public’s focus on infrastructure is understandable, at the same time expectations can never be met, as such projects are complex undertakings requiring coordination among national stakeholders and between countries and IFIs.

Therefore it was as important to start concrete implementation of so far 20 projects (with a grant-part of about 500 million €) as it was to have all six countries to agree on a Transport Community Treaty (Trieste) and to work on soft measures on transport infrastructure and energy (Vienna). This is a to-do list for the countries the implementation of which will make these projects progress faster and more smoothly (e.g. single project pipelines, corridor coordinators; set-up of regional energy market, implementation of Energy Community acquis). Coupled with progress on establishing a Regional Economic Area, as agreed in Trieste, this will gradually draw the region closer together creating interdependence thereby making conflict between the countries less likely  and help prepare for eventual EU membership.

The brightest spot of the Berlin Process, however, relates to soft connectivity and the generally enhanced regional cooperation. The establishment of the Regional Youth Cooperation Office (RYCO) in Tirana, which recently published its first call for proposals is the most prominent output of the Berlin Process, but only one among several successful initiatives in this area, like the ‘young civil servants scheme’ and the improved uptake of the Erasmus+ program in the Western Balkans. Furthermore, including civil society representatives not only in the run-up of the summits, but also directly in the deliberations with political leaders (as it was done in Vienna and Trieste), is another positive outcome the process.

Meetings between all leaders of the region taking place in the region – often at the initiative of local politicians like the recent Sarajevo and Durres meetings of Prime Ministers – show a clearly positive trend to normalcy and ease when it comes to regional cooperation. In addition thereto, signing up to solving bilateral issues between the countries at the Vienna Summit and actually solving some of them was urgently needed good news coming from the region.

So the Berlin Process has led to concrete projects, both hard and soft. It has created a positive dynamic in the region, which would not have been achievable through the normal EU accession process, thereby becoming itself a driver of resilience in the region. The main ingredients for these achievements in my opinion are the limited scope of topics, the limited circle of participants, the enthusiasm with which the Balkan countries jumped on the process, the subsequent engagement of the Brussels institutions and the engagement of the respective summit chairs, each bringing in their own ideas and drive while focusing on the main topics.

Having said that and having in mind that the Berlin Process is a two-way street, more is doable in the region, starting from infrastructure (soft measures), getting rid of market impediments (e.g. non-tariff barriers) in order to make progress on a joint economic area and ending with more concerted efforts to solve difficult issues between the countries. Especially this last point would show that the region is able and willing to solve protracted problems thereby contributing to enhanced security in the region. The London Summit 2018 would be a good opportunity to showcase that point, but preparatory work for this to happen needs to start now. This would be also an important and timely signal to those EU-members, who are less enthusiastic about enlargement. Such signals and regional success stories happening during the three consecutive EU-presidencies who have a strong focus on the Western Balkans (Bulgaria, Austria, and Romania – 2018/19) have the potential to positively influence the EU accession process.

Where do we go from here?

Given the concrete outcome and the positive dynamic created there is a broad consensus that the Berlin Process should continue in some form. Whatever this form in the end will be, what is paramount is that the countries in the region will be in the driver’s seat as to where the journey should go. This concerns the agenda, participation and location of future meetings. Probably it would be a worthwhile idea to regionalize the process while keeping the EU-members involved (e.g. joint WB/EU summit chairs).

While the first cycle was conceived in Berlin and further developed in Vienna, Paris and Trieste, the second tour should not be drawn up without a strong input from Belgrade, Tirana, Skopje, Pristina, Podgorica and Sarajevo. That’s what the often-used term ownership is all about.

Johann Sattler, Ambassador of the Republic of Austria in Albania